Joe is a professional full time magician for the last 12 years. Yes, Joe makes his living as a magician and its not just a weekend hobby! Joe is very dedicated to the art of magic and takes his business very seriously. After recieving his degree in Marketing he decided to turn professional. An odd career path, but he hasn't looked back since!

He fell in love with magic at the age of six after seeing magician Paul Daniels perform when Joe was on a family holiday. From then on he was hooked!! Magic sets and books were the only presents he ever wanted growing up.

In his teenage years he won countless talent competitions up and down the country and most notably winning the title of 'Magician of the Year' (the youngest ever at the time at 16) - taking second place on the BBC talent show "Go for It" and winning the title of 'Stage magician of the year' from the International Brotherhood of Magicians (the youngest ever to do so in Ireland).

He will amaze and baffle you with the tricks of the trade Marty Whelan
R.T.E 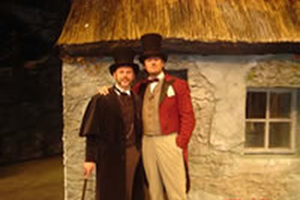 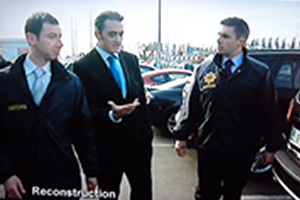 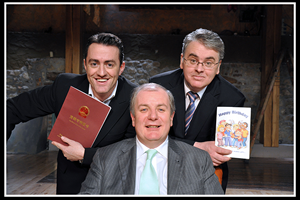 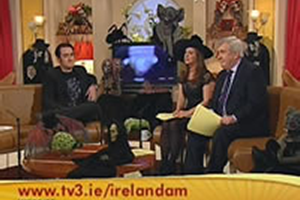 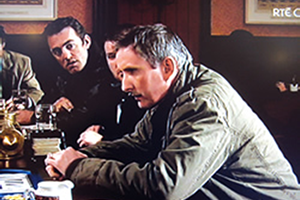 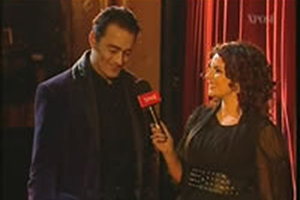 From his early days of being the resident children's magician on the Dublin to Hollyhead crossing on Irish Ferries to performing in his own show for almost a months run in Dublin's Olympia Theatre (Magick Macabre) you can be assured you are booking a seasoned reliable professional entertainer.

Aside from the thousands of birthday party shows he has performed throughout the years; Joe has brought his magic to new levels.

He has appeared twice on the Late Late Show, Six One News, Ireland AM, Xpose and twice on 'Kenny Live' as a teen.

He appeared for two sell out runs in the Abbey Theatre and a following summer run in London's West End playing the role of a magician.

He starred in the T.V advert for the Suzuki Liana Car also playing the role of a magician.

Joe is a superb children's magician, the captivated audience were spellbound one minute and roaring laughing the nextThe Mail on Sunday

Joe also appeared in the 2012 series of Dragons Den. He secured investment of €100,000 for a magic greeting card that takes your photograph! He is pictured above with the inventor Dominick Hewitt and Dragon Gavin Duffy.

Call or text Joe on 087 2352537 or email him at info@kidsmagician.ie and make your next event unforgettable.

Actual screen shots from Joe's phone from delighted customers. Each page on the site contains different ones.